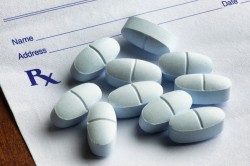 The Drug Enforcement Administration (DEA) recently announced that hydrocodone combination products (HCPs), which include products such as Vicodin, will be reclassified effective October 6, 2014 as Schedule II substances. HCPs are currently classified as the less-restrictive Schedule III substances.

Due to growing concerns over abuse of prescription pain medications, this new rule attempts to limit potential abuse of them by making them more difficult to obtain.

The American Dental Association reports, “According to the DEA, the reclassification will protect public health and safety by reducing the potential for abuse, dependence, and diversion of these highly-addictive substances while ensuring that they’re available to patients with legitimate medical need and in ongoing consultation with the healthcare professional.”
How does this new rule affect our patients at Crabtree Dental? We have always been careful in prescribing medications to our patients and take seriously the responsibility to ensure that a medication fits the patient’s dental services. Even so, some changes will be seen in the way these prescriptions are written and transmitted to the pharmacist.

A Schedule II drug will be dispensed by a pharmacist only when the patient presents a prescription written on a specific controlled substances prescription form.  This means that such a prescription cannot be called into the pharmacy either as an original prescription or as a refill.  The patient will need to have a consultation with our Katy dentist each time the substance is prescribed or refilled.

The rule does make allowance for an emergency situation; however, in such an instance the quantity of medication prescribed is limited to enough for 72 hours. After that point, you will need to schedule a consultation with the dentist before obtaining a refill. It is not clear at the time of this post what will constitute an “emergency”. One local CVS pharmacist has stated that “emergency” RX of these drugs would only be considered if the patient was in a remote location.

Pain medications affected by the new rule contain varying amounts of hydrocodone and include common dental pain prescriptions such as Lortab and Vicodin. Hydrocodone drugs are the most effective drugs prescribed for dental pain, but they can also be the most addictive.

In 2011 almost 17,000 people lost their lives due to a prescription drug overdose.  With nearly 7 million people in America abusing prescription medications, it’s possible that you have a family member or friend who struggles daily with such an addiction.

While it will be more inconvenient to get a prescription for your dental pain, as a dentist, I hope this new rule will help control our national epidemic of prescription drug abuse.